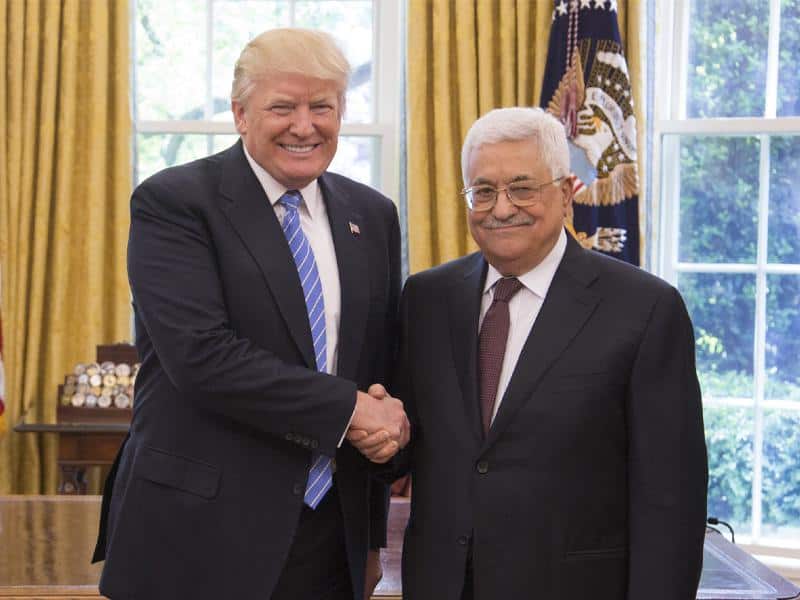 Deal of the century. Palestinian Authority cuts relationship with USA, protests in Amman

The Palestinian Authority decided to cut the relationship with the American administration against the background of its policy towards Palestine, Palestinian President Mahmoud Abbas said today.

According to the Palestinian News Agency (WFA), Abbas’s statement came during his participation in the emergency meeting of Arab foreign ministers today at the headquarters of the Arab League to discuss the developments of the Palestinian issue, against the background of the US administration’s peace plan, which was announced recently by US President Donald Trump as the “Deal of the Century”.

The Palestinian President pointed out that “We refused to receive the deal from the first moment of its announcement” stressing his decision to sever the relationship with the American administration against the background of its policy towards Palestine.

“Netanyahu does not believe in peace, and during his mandate there has been no progress in the peace process”. Abbas continued reaffirm that “The Balfour Declaration is a British-American promise in every sense of the word”.

President Donald Trump announced his administration’s ‘Vision for Peace, Prosperity and a Brighter Future’ at the White House on Tuesday, which would legalize Israeli settlements in the West Bank and East Jerusalem. Israel also would be allowed to annex around 30 per cent of the West Bank.

In response, the UN underlined its longstanding commitment to realizing a two-State solution, with Israelis and Palestinians “living side by side in peace and security, within recognized borders, on the basis of the pre-1967 lines.”

However, what the US plan offers is “a one and half state solution”, according to Michael Lynk, the UN Special Rapporteur on the situation of human rights in the occupied Palestinian territory.

“This is not a recipe for a just and durable peace but rather endorses the creation of a 21st century Bantustan in the Middle East”, he said, referring to the homelands established for black South Africans during the apartheid era.

Protests are expected in many Arab countries in support of Palestinians. Thousands of Jordanians demonstrated Friday against the US President Donald Trump’s plan and the Israeli flag was burned in Amman amid chants of “Death to Israel”.

About three thousand people participated in a demonstration that started from Al-Husseini Mosque in the center of Jordan capital, amid a heavy security presence, and the demonstrators carried banners saying “Jordan rejects the deal of the century” and “The deal of the century is toppled,” in addition to Jordanian and Palestinian flags.If you want to read more news Middle East Latest news, Latest news on africa