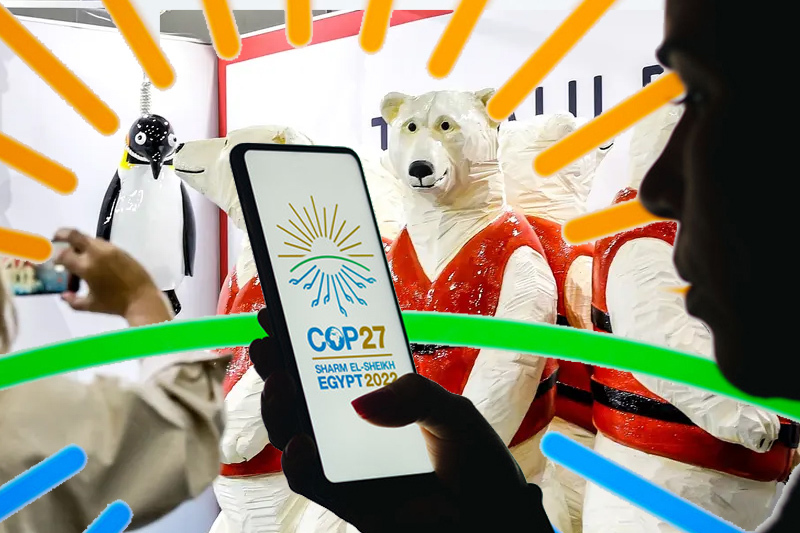 Cop27, the United Nations climate summit is scheduled for November 6 in Egypt’s Sharm el-Sheikh. Monday and Tuesday will witness array of world leaders to descend on the conference centre for discussions to direct their negotiating teams towards the climate goals. Ahead of the most anticipated climate summit, the hosting country Egypt has ordered to shut down the event spaces citing tightening security for opening days of the Cop27, marking a fresh blow to civil society groups and governments which will be forced to cancel debates and events during the summit.

Many governments and civil society organizations have set up their pavilions inside the United Nations secured “blue zone”, the zone where governments will be meeting for the leaders’ summit. The pavilions are used to host events with scientists, politicians, business leaders, celebrities and campaigners to hold discussions on key climate issues. But the events scheduled for the opening Monday have been cancelled by Egypt unless heads of states are also attending. Stated by The Guardian, UN has written in an email that “the government of Egypt has decided there will be no pavilion events on 7 November 2022”.

James Lloyd, an organiser behind the Nature Positive Pavilion, said, “International UN climate meetings are not just about heads of state and ministers. They are also a space for representatives from the wider climate community to drive progress. The first few days of the climate conference allow for representatives from local governments, corporates and frontline communities to come together in partnership and share ambitious pledges and update action plans.”

He continued, “We’re concerned that the shutdown of pavilions during the first day of the summit takes away the critical spaces for this dialogue, stopping events and important discussions that are critical in moving the net zero and nature positive agenda forward.”

In the UN climate summit Cop26 held in Glasgow, the pavilion events were attended by various state heads, Indigenous leaders and activists including Greta Thunberg. The Egyptian government has underlined that the decision to restrict events on the first day of Cop27 is that a high number of world leaders and governments are expected to be present in the pavilion area. However, no such restrictions will be there the following day on November 8th.

Kate Cooke, an organiser and co-host behind the Food Systems Pavilion said, “Shutting the pavilions out of this critical dialogue at the start of the conference restricts the impact we could all have. As the Food Systems Pavilion, we are a coalition of organisations who have come together to bring the solutions and opportunities that food systems provide to have a positive impact on our climate at Cop, but we can’t do that if we aren’t in the room.”