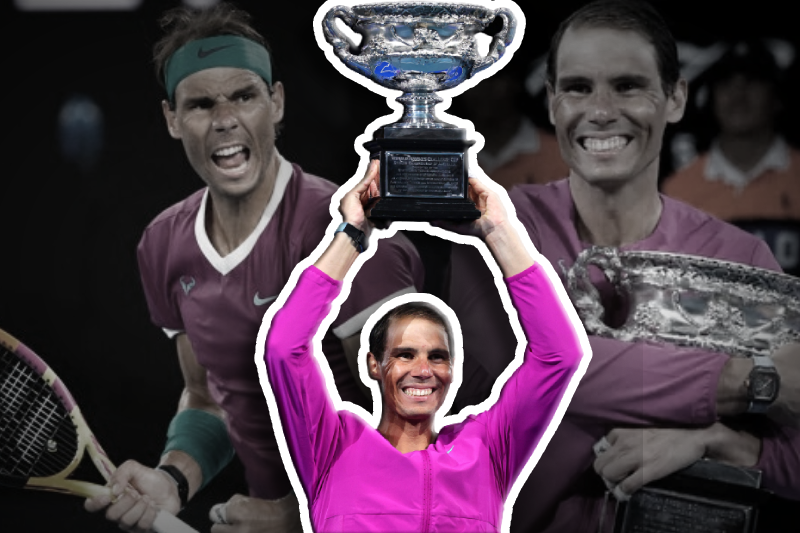 Nadal also became the first man to win his 21st Grand Slam title after beating Medvedev. During the finals, Nadal looked inconsistent, Medvedev looked strong on his serves and at the baseline. They both gave neck-to-neck competition during the final match. However, Nadal defeated him in the final rounds.

Medvedev broke Nadal in Games 5 and 7 and eventually bagged the first set 6-2 in 42 minutes. However, the start to the second set was a better one for Nadal because he won a breakpoint in Game 4. Reportedly, with his latest victory, Nadal also becomes just the fourth man in history to win all four of the sport’s major titles at least twice.

Nadal claimed that winning the Australian Open title was one of the most emotional moments of his career. It was Nadal’s second title triumph at Melbourne Park after he won in 2009. Nadal holds a 4-1 lead over Medvedev in their five matches to date.

Nadal caught the Covid-19 virus in December. After winning the match, he said, “Being honest, one month ago, I did not know if I will be able to be back on the tour and play tennis again.”